Marsia Alexander-Clarke’s exhibition of video works and prints explores the nuances of cultural identity and belonging. Born and raised in Chile but living most of her life in America, Alexander-Clarke often felt she never fully belonged to either culture. She describes this experience as akin to seeing the world through a keyhole, getting only a glimpse into the different worlds in which she lived. This point of view is reflected in her video works, in which she layers and repeats thin slivers of video imagery, obscuring a wider view. Music is an important source for the underlying structure of Alexander-Clarke’s compositions. In her multimedia installations, configurations of flickering lines operate in concert with choral arrangements to create a meditative experience of sound and image. 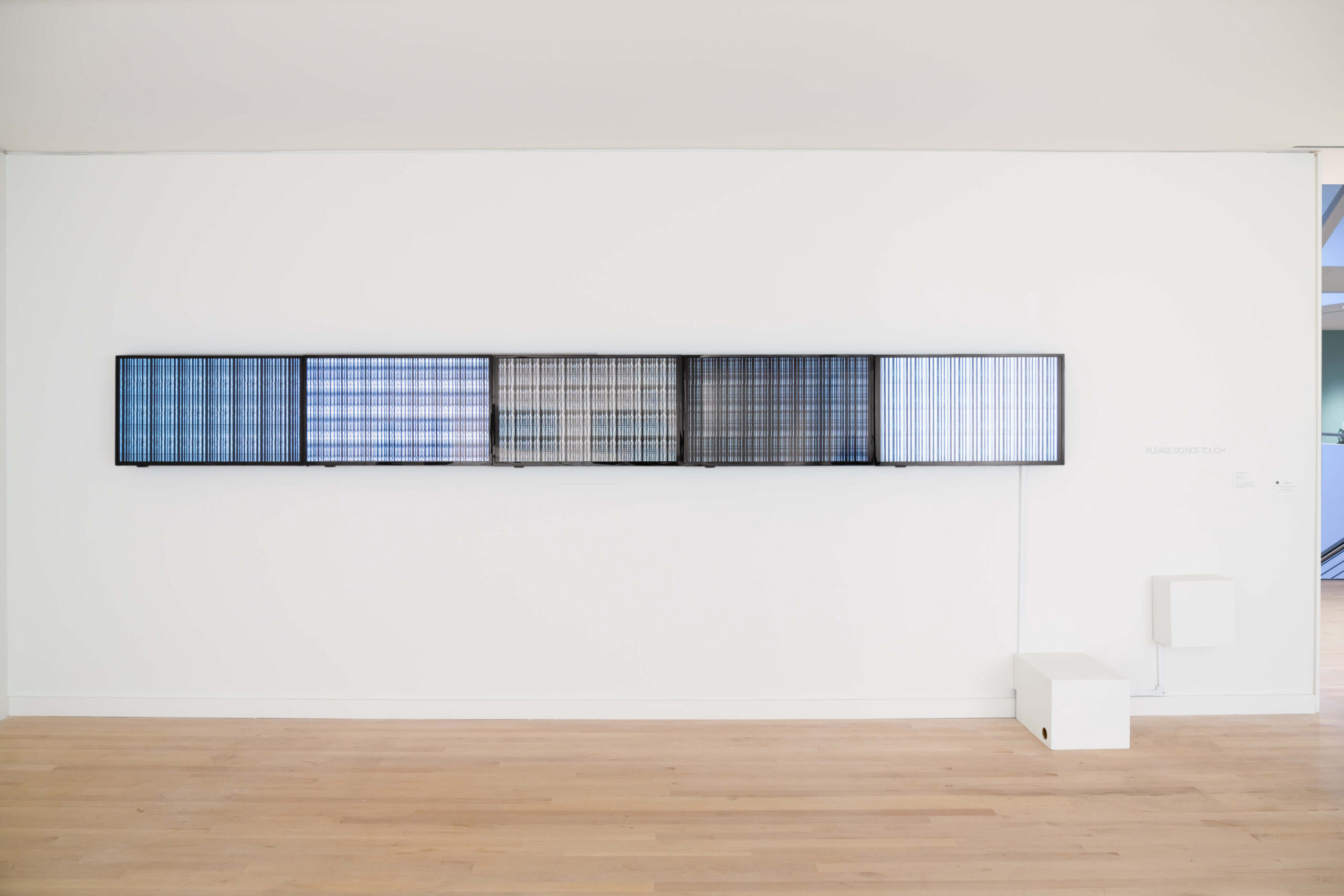 This video is based on fragments of recorded footage from the Los Angeles Arboretum. Alexander-Clarke manipulates and arranges the original recorded fragments to explore the visual language of abstraction.

The imagery in this video shifts in response to the choral arrangement of four songs inspired by early poems of famed Chilean poet and diplomat Pablo Neruda. Born and raised in Chile, Alexander-Clarke has found inspiration in Neruda’s subtle play of language and exploration of dark emotions. This piece aims to evoke that sensibility through image and sound. For this video Alexander-Clarke layered and repeated slices of footage to create visual compositions of shimmering abstract lines accompanied by fields of color. She established an organizing framework that formed each visual gesture in correspondence with the choral composition, like a musical canon—a piece of music where a melody is played and then imitated.

This video is based on fragments of video footage Alexander-Clarke recorded of nature. She excerpts small sections of each image frame revealing only thin slivers of imagery to create abstract moving patterns. When capturing the original source material, Alexander-Clarke focused on the subtle play of light on plants, the textures of leaves, and the movement of shadows. These nuances give each extracted video mark a distinct appearance that reminds the viewer of the unique observations we make as individuals taking in the world around us. Music is an important source for the underlying structure of the video’s composition. The layered and arranged video imagery is accompanied by choral singing at precise intervals.