Wanaawna, Rio Hondo and Other Spirits​ expands Carolina Caycedo’s ​Water Portraits ​series in which photographs of rivers and waterfalls are mirrored, altered, and remixed as printed fabric works and videos. The resulting imagery conjures bodies of water as living entities and as active political agents in environmental conflicts, rather than as resources for humans to exploit. The works operate as a critique of a European conception of “landscape,” in which the framing and picturing of nature operates as a device of colonization. Caycedo created new printed and video-based works made in bodies of water, including the Santa Ana and San Gabriel Rivers, the Pacific Ocean, and Kuruvunga Springs (the exhibition title refers to the Tongva ​name for the Santa Ana River, Wanaawna;​ Rio Hondo is a tributary of the Los Angeles River).

This exhibition was organized by the Orange County Museum of Art and curated by Cassandra Coblentz. 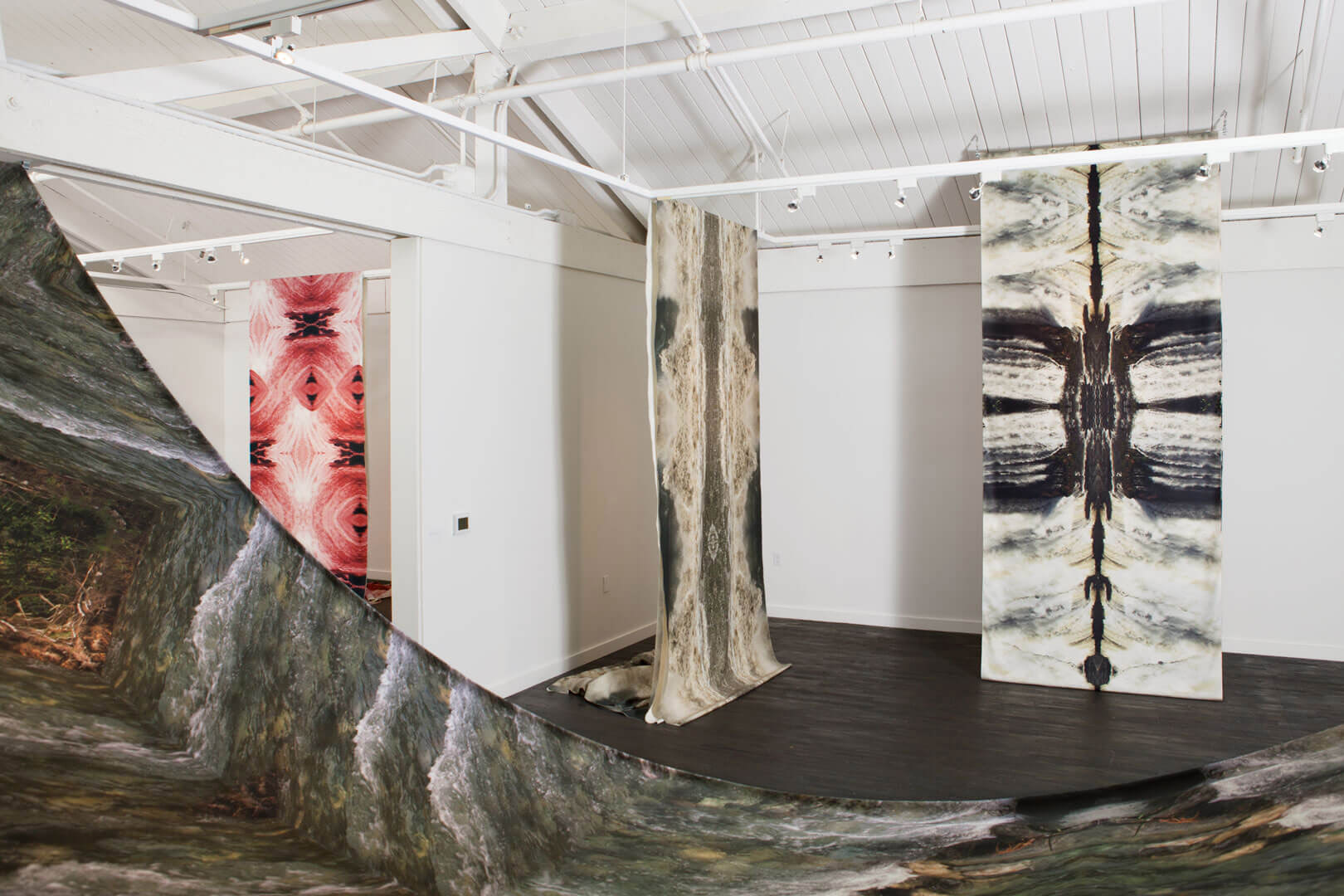 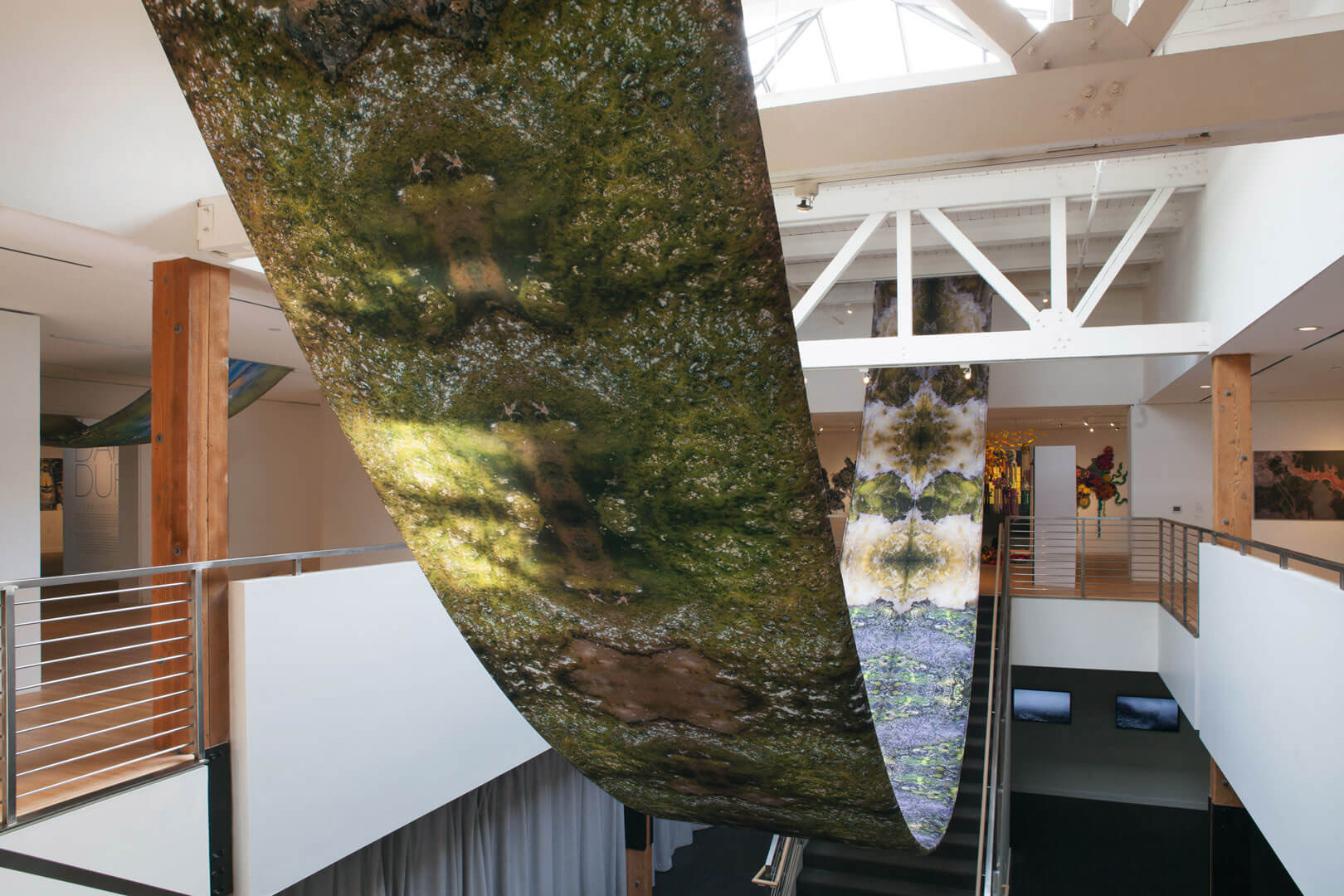